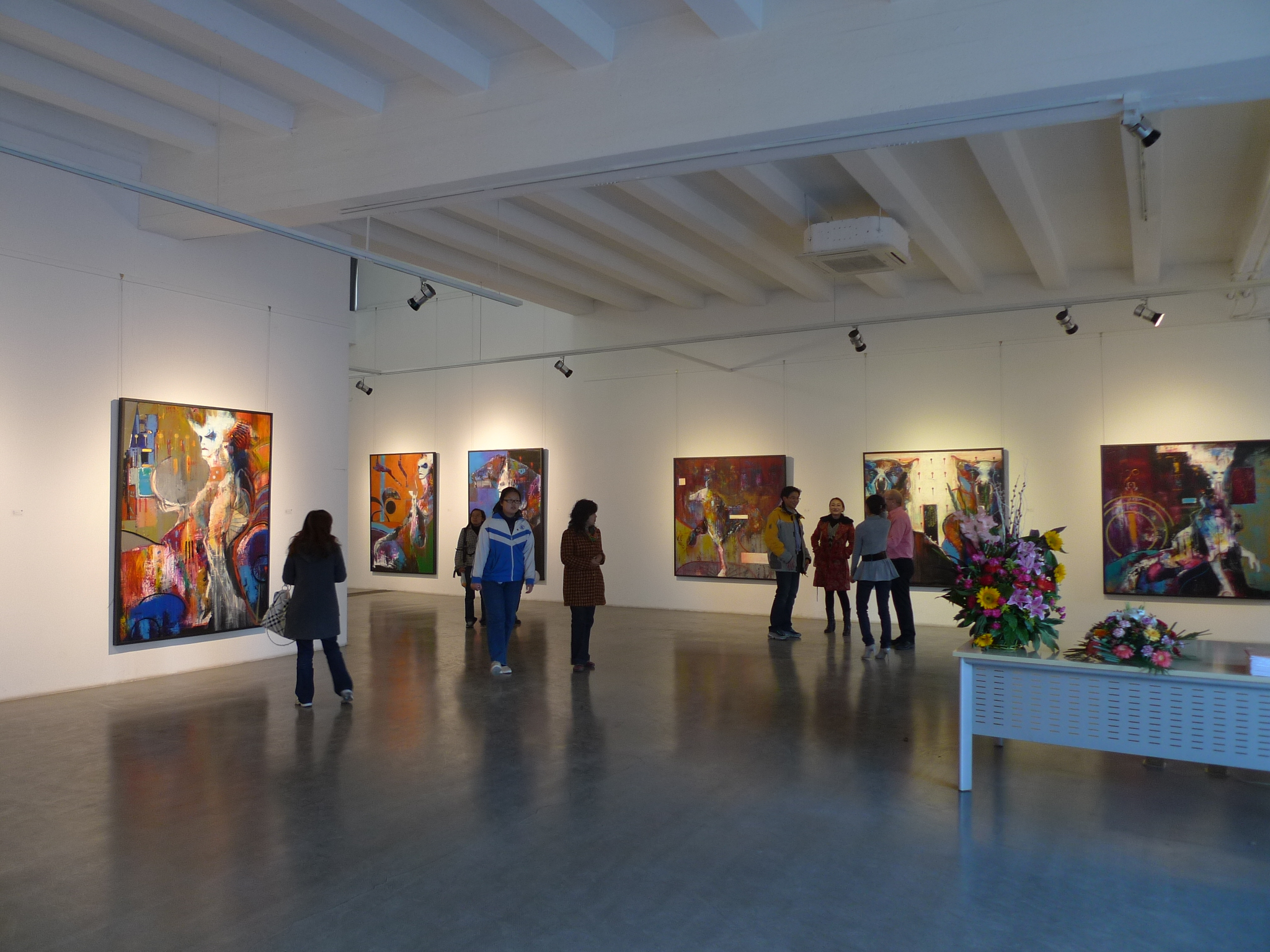 Besner was invited by the CanArt gallery to present 30 large pieces of his artworks. Hundred Word is a voyage into the innermost soul. Inspire by Chinese's culture, he compose this text: "This is a story of human voices, told by the hand of an artist, reflecting on his hypotheses. He questions. Are words just perpetual whispers? In his quest, he is trying to understand man who advances beyond the deep blue. He seeks for the far away horizons where dreams are born in the zenith. It is at this very moment that he finds that which he is seeking. The one who is watching… Then the observer in his turn will tell us his story. But today he will only have one Hundred Words to do it. " We are the painter’s raft. “Words adrift in the throes of a solitary being border on the edge of folly. In the confusion of time, they sink down into the lair at high tide in the deep blue billows that carry them off. Intimate writing and secrets of gold; the master of the work arises, builds and lets himself go into enthrallment. The movement of the heavenly bodies blows down on him; he wanders in the blue confines; high tide in the deep blue billows that carry him off.”